How to Keep Active Directory Active in a Hybrid IT World 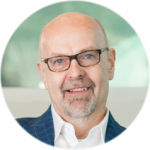 For enterprise IT, "hybrid" is the word of the year. You're either operating a hybrid infrastructure model already or you're teetering on the edge.

It's getting easier now that AWS, Microsoft, Google, et al are improving their services in support of such a model. At the Amazon AWS re: invent show in November, every other sentence contained the word "hybrid." This was in stark contrast to last year where Amazon still firmly believed a total migration was the only logical choice.

Some of our customers are very aggressive with plans to dissolve all their data centers and migrate everything to IaaS. The vast majority, however, are more cautious -- using IaaS for new projects only. This presents them with a problem: how to extend a successful on-premise privileged access security model to protect IaaS workloads.

In other blogs, we've discussed best practices on how to do this. We also have the best practices white paper that springboards off one published by Amazon. In this blog, however, I want to explore how you can leverage your on-premise Active Directory (AD) infrastructure to authenticate users to AWS EC2 Linux instances. I'm going to describe the most common approaches and finish with Delinea's best practice recommendation involving our latest Identity Broker capability announced at the re: invent show.

You've been doing dev and test in the cloud using EC2 Linux instances. With few users, you've created local /etc/password IDs on each instance, as required. However, as you move to production, this won't scale. There are orders of magnitude, more users to manage and unsurprisingly, security is now top of mind. Since all your EC2 users already have credentials in Active Directory on-premise, it's logical to want to enable EC2 instance login with these Active Directory credentials. The challenge is, how you do it simply, securely, and cost-effectively.

You have three common options when accessing Linux EC2 instances:

Delinea best practice calls for eliminating Shared EC2 Key Pairs altogether (you were not seriously thinking of using shared credentials, were you?) and using your existing Active Directory/Kerberos infrastructure, which we will cover below.

Each of the Active Directory deployment options has its pros and cons. Cost, security, and productivity are all impacted through duplication of identities, additional complexity, operational overhead, increased attack surface, and the need for additional licenses.

Let's step through these Active Directory options starting with the least preferable to the most.

The simplest option is a direct connection from your AWS VPC to your data center. However, you're essentially exposing Active Directory-Corp to the cloud.

With this setup, your host-based Server Suite agent can authenticate users against Active Directory-Corp over a site-to-site VPN. Users can then log in via SSH with domain credentials (ID/password) or a Kerberos ticket. Once they're logged in, users have a Kerberos ticket that supports Kerberos-based single sign-on.

Hang on. What about Amazon's Active Directory Connect? Sure, that's viable but it is limited. It constrains log in to AWS portals only (e.g., Management Console, WorkSpaces, WorkMail,) not your custom apps. Although Amazon says it supports "Federated SSO," it's really just role mapping and not a true (SAML-based) federation. It also exposes your Active Directory credentials to a portal and Connector running in AWS connecting back to your on-premise Active Directory via LDAP. Not ideal.

In this model, we're able to remove the VPN completely by leveraging the Delinea Privilege Service. I won't go into the benefits of the Privilege Service here; there's a lot of other content on that. Suffice to say, this model enables VPN-less access to the EC2 instances and MFA for additional identity assurance with the option to vault passwords. The Delinea  Connector in AWS acts as a bastion host and establishes a persistent outbound mutually-authenticated connection to the Delinea Identity Platform in the cloud, avoiding the need to configure any additional inbound ports to the VPC or into the enterprise.

This model also supports a common scenario of giving administrators “dash-a” accounts for privileged activity (also promoted by Microsoft in their “Red Forest” design.) So, IT can log in to the Privilege Service portal using their individual (fully-accountable) Active Directory credentials via the on-premise Delinea Connector and then use the Privilege Service to open a secure remote VPN-less session to the EC2 instance using the vaulted password of the user’s dash-a account. The dash-a account password is not revealed and is rotated automatically after use. Since the dash-a account is tied to a unique user, there’s host-level control over privilege and full accountability.

This is the nirvana state where we eliminate both the VPN and Active Directory infrastructure completely within the VPC. It represents the most efficient and risk-averse configuration. A user, logged into the Privilege Service portal (using individual credentials), can remotely log in to an EC2 Linux instance using either their individual account or a vaulted dash-a privileged account. You now have the freedom to authenticate EC2 Linux users against any user repository (e.g., Active Directory, LDAP, and cloud directories including Google G-Suite Directory). Identity Broker authenticates transparently, so the EC2 instances don’t have to be directly connected to sources of identity. No instances require public IP addresses since all SSH/RFP connections are proxied through the Delinea Connector, which also records all privileged session activity.

You have lots of options to consider. Hopefully, this has provided a little clarity on the common issues and considerations. 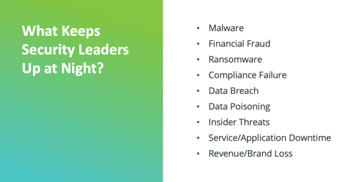 This blog is intended for: 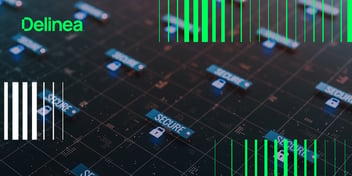 Ransomware attacks are increasing in size and complexity, putting organizations across all... 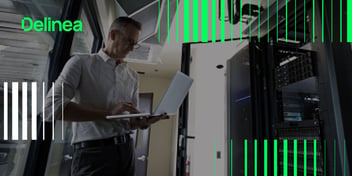 A cyberattacker just breached your Active Directory. Is it game over? Not if you have the right...